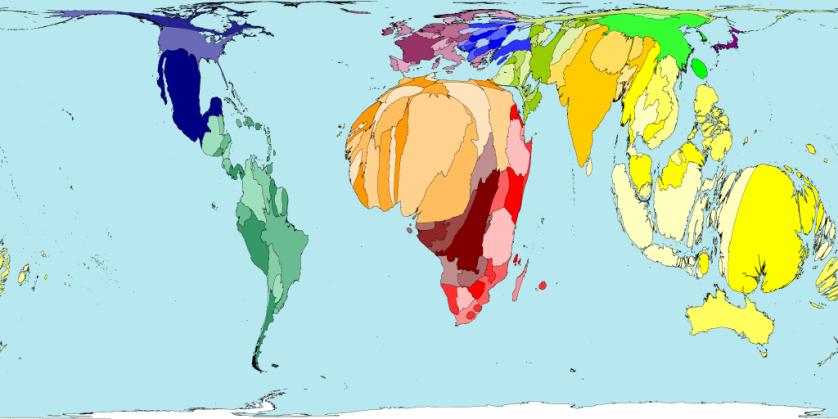 The year 2019 is the ‘International Year of Indigenous Languages’. On this occasion, you may have wondered, “what exactly is an indigenous language”?

So, what exactly is an indigenous language? Starting with the expression itself, there are two words, and the meaning of each, “indigenous” and “language”, seems at first straightforward. Things are more interesting, though.

Let’s first consider “language”. It is clear that in this context, we do not mean “language” in general, a not countable word (similar to “wisdom”) referring to the human capacity to communicate via highly structured symbolic systems of sounds, gesture signs, written characters and the like. We here speak of individual languages, entities such as what we call “English”, “Finnish” or “Rapa Nui”.

For individual languages, there is the hairy problem to draw a line between a language and a dialect. And here we do not use “dialect” in the often pejorative and usually prejudicial sense of “inferior, underdeveloped, oral language”, often applied to indigenous languages. This use should be abandoned altogether. Instead, “dialect” is used here in the usual neutral sense of “linguistic variety of a language which is specific for a certain geographical region”.

…socio-cultural factors such an official status in a country, an established orthographical norm and an independent literary tradition may also make mutually intelligible dialects to be recognized as different languages.

The main linguistic criterion to establish whether two varieties are different languages or not is mutual intelligibility – if speakers of one cannot understand the speakers of the other without learning it, then these must be different languages. There are, however, complications, asymmetrical intelligibility for instance, or dialect chains, such as the Sami languages. Then, socio-cultural factors such an official status in a country, an established orthographical norm and an independent literary tradition may also make mutually intelligible dialects to be recognized as different languages. Taking such cases into account, most linguists would agree that there are roughly 6500 known languages, of which around 6000 are still spoken in the world today.

In turn, “Indigenous” originally means “native”, or being original to/from a certain place. If this was all to it, then any and every language would be “indigenous”, as they all come “originally” from some place – even abstracting from the problem of how far back we go in history to determine the “origin” of a language. But obviously, it would feel odd to call “English” an indigenous language, not even an (let alone the) indigenous language of England. Intuitively, it would be more natural to call, to stay on the British Islands, the Celtic languages (Irish, Welsh, Scottish-Gaelic, Manx, …) “indigenous”, although we know that their speakers, too, arrived some 1000 years earlier. Going back far enough, one could argue that only Basque and possibly the Sami languages are the true “indigenous” languages of Europe.

…the international year is a good moment to remind ourselves of the importance of linguistic diversity, and that languages are an asset for a society, even if they are not native (such as languages spoken by immigrants) nor minority (several languages, for instance, are endangered although they are spoken by a majority of a certain region).

Therefore, “indigenous” does not only mean “native”, but it implies a contrast with another people or, in our case, language, which arrived later and which to some degree is more hegemonic in the wider area. This is obvious in a colonial context, where the languages of the colonial powers were imposed over the languages which were spoken in the Americas and large parts of Africa and Asia before their arrival. In this sense, an indigenous language of a certain area is typically a native language to that area which is now a minority language co-existing with some other, socio-politically stronger language which has arrived later to the same region. The term is highly politicized and sensitive – for instance, the Chinese government claims that there are no “indigenous languages” in China, possibly to avoid problems of legal liabilities which come with the status of “indigenous” – internationally it is recognized that the rights of indigenous groups need special protection. Independently of such fights over words, it is clear that the coming year of indigenous languages covers all native minority languages, whether they are being recognized as “indigenous” by their respective governments or not. I would also defend that the international year is a good moment to remind ourselves of the importance of linguistic diversity, and that languages are an asset for a society, even if they are not native (such as languages spoken by immigrants) nor minority (several languages, for instance, are endangered although they are spoken by a majority of a certain region).

“What does this all have to do with multilingualism?”, may you, reader of this blog on this topic, have asked yourself. There are several answers to this question.

One interesting fact to point out in this context is that historically and even nowadays, multilingualism is much more common among speakers of indigenous languages than among speakers of non-indigenous ones. In many regions of the world, speaking not only your ‘own’ language, but also that of neighboring groups and peoples, was and is normal, the default case. In some regions, for instance in Central and Western Africa, it even does not make sense to single out one specific language as one person’s single mother tongue, as people grow up with several languages which are connected to several places or social groups to which they all belong in one way or another.

It is in the decision to use the indigenous language in different situations, especially with and among the youngest generation, that the fate of the survival of a language is fought.

Even more obviously, as follows from our clarification of the meaning of the term, an indigenous language is by definition in contact with another hegemonic language, and that means that many, often all, speakers of the indigenous language are at least bilingual. It is in the decision to use the indigenous language in different situations, especially with and among the youngest generation, that the fate of the survival of a language is fought. For most endangered languages, and therefore for the preservation of linguistic diversity itself, they key for their staying alive is a stable, actively maintained bi- or multilingualism.

Sebastian Drude is the Director of the Vigdís World Language Centre at the University of Iceland. He obtained a Dr.Phil.-degree in linguistics at the FU Berlin in 2002. From 1998 on, he studied the Awetí language in central Brazil. He held a Dilthey-Fellowship at the University Frankfurt, was later Head of ‘The Language Archive’ at the MPI in Nijmegen, and General Coordinator at CLARIN ERIC.