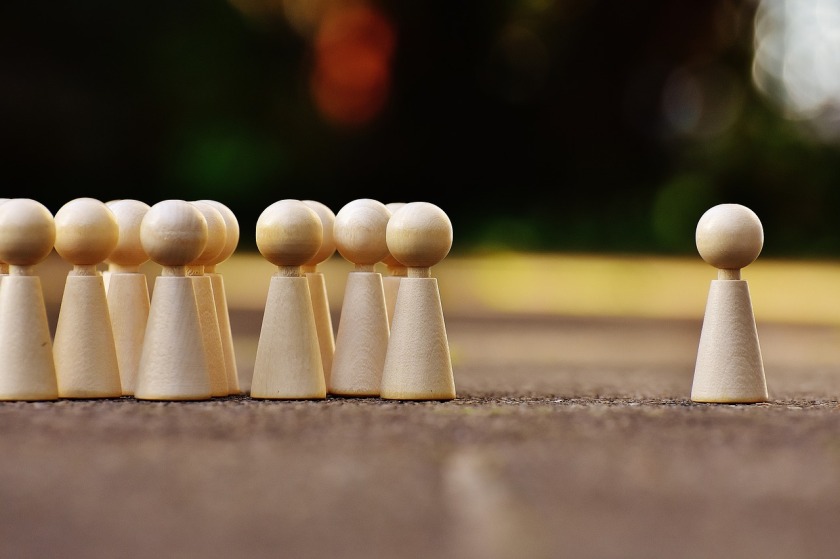 The question I get asked most by a mile is how being a Saami is visible in my life. In this essay I ponder why basic questions about one’s Saaminess are not only hurtful but also echoing underlying structures of Finnish society.

The question “how you can tell if you’re a Saami” is telling in terms of figuring out where the Saami stand in Finnish society. Unfortunately, Finns know very little about the Saami, but more specifically, Finns don’t necessarily realize just how little they know. This is demonstrated particularly well when discussing racism against the Saami.

In my experience, there seem to be three key points that are difficult to make a wider Finnish audience understand. I would argue that these three points need to be understood before racism towards the Saami can be discussed properly. The points are very simple:

There’s an explanation to why these points are so simple; if the only thing a person has ever learned about the Saami is through a children’s movie or a semi-offensive comic, not knowing basic facts is natural. However, ignorance will also lead to asking: “How is being Saami represented in your life?”. In the discourse surrounding the Saami identity and Saami culture, Finns will look for things they recognize in order to determine if a Saami is Saami according to what Finns understand to be Saami.

This is a central problem in Finnish society. Finns have a habit of asking the “but why?”- question, because they feel a need to understand what makes a person Saami. The question is seemingly relevant, since the right to self-determination of the Saami has not been fulfilled in Finland. Most Finns have never knowingly met a Saami, but many have seen racist imagery of the Saami, or rather, imagery of Finns portraying what they believe the Saami to be like. This can lead to a Saami having to answer questions coming from Finns, whose preconception of the Saami is racist without the Finn in question realizing that their preconception is racist.

This is not a Saami problem; it’s a problem of the Finnish society not understanding the privileged position that ignorance gives them.

I have been asked a large variety of questions like this. It can be anything from “what percentage of you is Saami” to “why don’t we just have genetic tests to determine who you people are”.  A counternarrative I often face is Finns belittling my Saaminess because I don’t “look” Saami (as if being Saami has anything to do with looks).

People don’t seem to realize that any variation of these questions is still rooted in the indoctrinated idea that it’s up to someone else to prove whether or not a person is indigenous.  When trying to discuss racism and purposeful racist comments directed towards the Saami, the same thing happens. The discussion revolves around determining whether or not the case in question is racist in terms that Finns understand to be racist.

For instance, I was harassed by a person and ended up taking my case to an authority a few years ago. I was called “dirty” and “filthy” and there were comments stating that my family “smelled” due to my ethnic background. Instead of recounting my experiences as they were, I spent a significant amount of time explaining why the harassment was racist. While the issue was resolved, I couldn’t help but wonder how it would’ve turned out had I not known how to explain the context. What if I didn’t know why the insults were hurtful, but simply knew that they were? Would the case have been resolved in my favor?

It all really depends on how much a person understands about indigenous cultures. A discussion with a Finn can be very advanced or incredibly simple, sometimes both. A person might have knowledge of the Finnish logging industry and how they try to press the Saami for a larger access to our reindeer herding grounds, but still ends up asking the question: “explain to me again, how exactly you guys are oppressed?”. So, while the Saami are required to make a legally convincing argument, we are still faced with very simple questions as well.

The entire discourse is completely missing the point of the right to self-determination. The point, the incredibly central point, is that the Saami have no obligation whatsoever to explain every root and branch of our culture in order to justify our demand to be taken seriously. A lasting solution is not that Finland suddenly starts making Saami-friendly laws, it’s that the power to govern ourselves is returned to the Saami. This is not a Saami problem; it’s a problem of the Finnish society not understanding the privileged position that ignorance gives them.

How’s that for indigenous activism?

Petra Laiti is the chairperson of Suoma Sámi Nuorat, the Saami youth organization in Finland. Laiti works in Helsinki as the Vice President for the National Union for University Students in Finland. She is also a blogger and an activist, who regularly calls out the Finnish society for neglecting Saami voices.