The Finnish Institute for the Languages of Finland (Kotus) is preparing a new dictionary series for speakers of mainly migrant languages.

The dictionary includes some 30 000 Finnish entries with their equivalents in other languages. In addition to the basic Finnish vocabulary, the dictionary includes words, phrases and institutions relevant to immigration and integration issues, for instance “Maahanmuuttovirasto” (Finnish Immigration Authority), “oleskelulupa” (residence permit) and “kotoutumiskoulutus” (integration training).

The dictionary goes well beyond only providing Finnish entries with their equivalents in each of the target languages. The dictionary provides information on which parts of speech the entry belongs to as well as on how the word is inflected. Vast majority of entries include also examples, often more than one.

The main targeted group of users of the dictionary series are migrants who have settled in Finland and want to learn the Finnish language and culture. Special attention has been paid to words and phrases essential in dealing with different authorities, be they from the Finnish Immigration Authority, social office, municipal health center or NewCo Helsinki advising new start-ups.

The dictionary’s aimed groups include not only beginners of the Finnish language, but also, among others, interpreters and translators as well as second generation migrants who want to maintain their native language. The dictionary can also be helpful in culture exchange via, for example, helping to translate literature between Finnish and the other languages of the dictionary series.

The project began with translating the dictionary into the Somali language. The second language in the row is Kurdish, more specifically Kurmanji or Northern Kurdish. But translating the dictionary into other languages has also been planned. The main criteria for choosing target languages is that the language has a substantial amount of speakers, mainly migrants, in Finland but no good dictionaries are available in Finnish and the language in question.

Users can search for words not only beginning but also including or ending in a certain letter or syllable.

The dictionary can be used free of charge on: http://kaino.kotus.fi/somali/?p=main 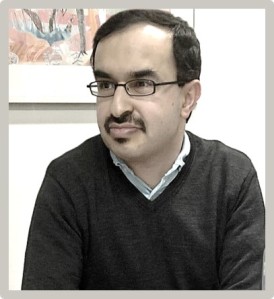 Husein Muhammed is a lawyer, translator and journalist, who has worked in many institutions related to migration, refugees and human rights. Currently he also works as an editor of the Kurdish dictionary at The Finnish Institute for the Languages of Finland (Kotus) and with a report about Nordic-Kurdish literature for Culture for All / Norden2020. He has written a book Yhtä erilaiset – islam ja suomalainen kulttuuri (Teos 2011) about islam and Finnish culture and many articles and columns to different newspapers and magazines.